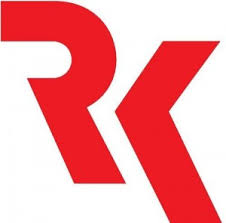 As of today, the communique providing changes within the scope of the merger control rules (i.e. in the Communique No. 2010/4 Concerning the Mergers and Acquisitions Calling for the Authorization of the Competition Board) has been published in the official journal of Turkey. The changes have entered into force as of today. Please find our brief and initial comments on these changes:

I. The disposition providing review of the turnover thresholds in every 2 years is abolished.

Article 7 of the Communique no. 2010/4 provides the turnover thresholds for the mergers and acquisitions and requires that the concentrations exceeding these shall get prior approval of the Board  before closing. In other words, any concentration below thresholds does not require prior approval of the Board before closing unless otherwise is provided. In the second Paragraph of Article 7, it was also provided that the Board reviewed these thresholds every 2 years. Accordingly, a new review decision of the Board had been expected as of the beginning of this year. In the last review period, which was two years ago, the Board held not to review the thresholds, and the same ones have been applied since then.

The Board has abolished the Paragraph 2 of Article 7 of the Communique No. 2010/4 providing a review period for the turnover thresholds every two years. Accordingly, there will be no explicit schedule for such reviews anymore.

In fact, we consider this change may have negative consequences, since the rules providing regular review periods were ensuring a degree of predictability regarding the control of concentrations and any potential reviews of the Board. By way of this change, the Board tacitly opens the door for any future sudden reviews regarding the thresholds. Especially considering the fact that any concentration requires a certain schedule to be realized within a limited time to meet requests of parties and other legal requirements, it is important to provide certain review periods for the turnover thresholds, rather than sudden and unpredictable Board reviews on the issue.

II. By way of new changes, any transactions between “the same parties” or “realized by the same undertaking in the same relevant product market” in the last 3 years will be considered a single transaction by the Board.

As is known, the former disposition provided that any transactions realized between the same parties in the last 2 years were considered a single transaction. In fact, this disposition aimed to hinder dividing a transaction, which exceeds one of the turnover thresholds and therefore requires a prior approval of the Board, into several transactions and therefore to prevent any evasion of law. In addition, in a case where one of the turnover thresholds is exceeded and a notification is filed to the Board for a prior approval, it is surely better to examine all the transactions realized in the last two years between the same parties to ensure a full-fledged competition law assessment.

By way of the change, it is understood that the former 2 years period has been increased to 3 years. In other words, it is possible to assume that the Board is more and more concerned in such transactions and considers to make a stricter control on these by way of providing a longer control period (3 years rather than 2).

When we think about the ratio legis of this change, it is clear from our perspective that the Board aims to strictly control successive transactions realized by a single undertaking within the scope of a relevant product market. Especially considering the fact that in the last years, some undertakings have increased their presence by way of successive acquisitions on some relevant product markets such as the organized retail market, lens market; this may have been increased the Board’s appetite to examine successive transactions. It is also understood that the Board aims to take into account successive transactions realized by a single undertaking in the same relevant market in the last 3 years as a single transaction to be able to apply a stricter control on any expansionist growth on a single market and to hinder any competition restrictive repercussions.

III. An exemption of prior approval requirement is provided for serial transactions initiating a change of control and realized in the stock markets.

Turkish Competition Board has provided an exception for the prior approval requirement in a case where a change of control occurs by way of serial transactions realized in the stock markets. This change has been introduced by adding a paragraph in Article 10 of the Communique No. 2010/4 (as Paragraph 5).

As is known, any transaction, which causes a change of control and exceeds one of the turnover thresholds, requires prior approval from the Board before closing, unless otherwise is provided by the Communique No. 2010/4. Otherwise, i.e. in a case where prior approval is required but the transaction is implemented without such approval, the Board applies a fine amounting to 0.01% of an undertaking’s annual gross turnover under Article 16 of the Act No. 4054.

We consider that the new change also provides an exception for a case where a change of control is occurred without active involvement of the acquiring party. However, even in such a case it is also required for such acquirer to file a request for approval to the Board, if one of the turnover thresholds is exceeded.