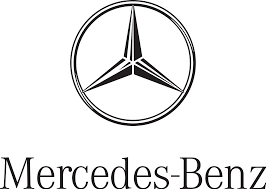 Turkish Competition Authority has announced on its web page that the Board has decided to initiate an investigation against Mercedes-Benz Turk A.Ş. (67% shares of which is owned by Daimler AG) after a preliminary inquiry. It is understood that the preliminary inquiry was initiated upon a third party application claiming that Mercedes-Benz Turk violates the Act No. 4054 on the Protection of Competition (“Act No. 4054”) by way of its anti-competitive agreements with cement pump producers, and abuses of its dominant position in “the market for trucks that the cement pumps are installed” by rebate schemes applied within the scope of the agreements with the cement pump producers. Finding the evidence at hand “sufficient” and “serious” at the end of the preliminary inquiry, the Board has decided to initiate an investigation.

It is understood from the announcement that the Board tends to focus its efforts on examining as to whether or not Article 6 of the Act No. 4054 has been violated (i.e. abuse of dominant position). It is worth noting that the announcement also puts forward that the Board tends to define the market in a narrower way, which may open the door to long discussions during the investigation phase.

It is important to note that opening of an investigation does not mean there have been any violation regarding the competition rules, but it puts forward that the Board is to deal with the case as a matter of priority.

Board opens an investigation against Google !

At the beginning of this week, Turkish Competition Authority has announced on its web page…