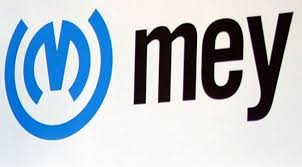 The Turkish Competition Authority has just announced on its official web page that the Competition Board has unanimously fined MEY İçki, the dominant undertaking on the Turkish Raki market, TRY 155,782,969.05, which amounts to 4.21% of its annual gross turnover.

Raki is one of the traditional alcoholic beverages in Turkey, and MEY İçki’s trademark “Yeni Rakı” highly dominates the market for almost a century.

In the short form decision shared on the web page, the Board holds that MEY İçki is in dominant position on the Raki Market of Turkey, and that it has abused its dominant position by way of competitive restrictive behaviors against its competitors. It is understood that the Board has increased the base fine applied taking into account the market power of MEY İçki and also its recidivism, as expected. Please note that this decision is the second one that MEY İçki has been fined in the recent past (see the decision numbered 14-21/410-178). Considering the fact that the Board has investigated Mey İçki in several occasions in the past, it appears that May İçki is one of the undertakings having a low degree of competition awareness in Turkey and therefore having a bad reputation. Actually, one of the Board members has expressly cited its concerns over low-fining approach of the Board’s former Mey İçki decision by its dissenting opinion, which underlines that such an approach of the Board may contribute in further abusing incentives of such undertakings. It appears that this opposition has given its first positive conclusion regarding increase in percentage of fine after recidivism of MEY İçki. However, the Board also decreased the base fine applied considering MEY İçki’s cooperation during the investigation. For the time being, the fine applied to MEY İçki remains the highest by the Board in 2017.

Even though the Board does not share the details of the abuses committed by MEY İçki in its short form decision; since it clearly orders MEY İçki to cease certain behaviors within the scope of its vertical agreements, it appears that MEY İçki abused its dominant position by way of exclusionary practices such as rebates, financial support for sales points in response to exclusive purchase of its products, certain rules on shelf organization at sales points favoring MEY products and excluding competitors in its vertical agreements. Therefore, it is possible to determine that MEY İçki has been fined for its exclusionary practices against its competitors by way of its vertical agreements with the sales points, which is quite similar to the former fining decision (see the decision numbered 14-21/410-178).

Needless to say, it appears that MEY İçki is to remain under the spotlight of the Authority with its low competition law awareness in the near future.

Please note that the decision has not been finalized yet, since it can be appealed before the administrative courts of Ankara.