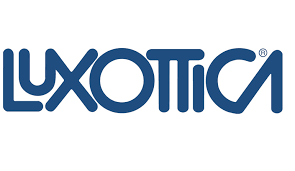 Turkish Competition Authority has announced this week that the Board held the final decision on the Turkish subsidiary of Luxottica (Luxottica Gözlük Endüstri ve Ticaret A.Ş. – “Luxoticca Turkey”).

In its decision (which is in its short form for the time being), the Board determined that Luxottica Turkey was in dominant position on the wholesale market for branded sunglasses. Furthermore, it held that Luxottica Turkey abused its dominant position by way of its practices restricting activities of competitors (i.e. Article 6 of the Act No. 4054 on the Protection of Competition, which is modelled after Article 102 of the Treaty on the Functioning of the European Union).

Upon the determination of abuse, the Board proceeded with determining fine and held that the violation constituted a violation “other than cartels” (meaning that the base fine was determined between 0.05 and 3%). Furthermore, considering that the violation had lasted more than 1 but less than 5 years; the Board decided to increase the base fine by its half. Therefore, the administrative fine to be applied was determined as 0.75% of Luxottica Turkey’s 2015 annual gross turnover, which amounts to TRY 1,672,647.11.

Apart from this, it is understood from the decision that the Board rejected another claim against Luxottica, determining that it was out of the scope of the Act No. 4054 on the Protection of Competition.

It is important to note that the investigation on Luxottica Turkey was opened upon the claims that Luxottica Turkey abused its dominant position by way of tying practices relating to its products. It is known from the Board’s decisions that undertakings active in the Turkish retail sales market for glasses are widely complaining about certain undertakings’ expansion and practices in the market in the last years.

It appears that the latest decision may increase the Board’s appetite in examining the glasses markets in the near future, and this may, unfortunately, trigger a stricter examination for the Turkish arm of the anticipated Essilor-Luxottica merger in the short term.

Please note that the decision has not been finalized yet, since it can be appealed before the administrative courts of Ankara.